There’s been a lot of studies involve weight gain and how to prevent it from occurring, how to change it once it does, and how to fix it permanently.  This shouldn’t be much of a surprise, but what is surprising is how little success there’s been in this field.  Most of the methods that scientists have come up with don’t really work that well.  A few products have been released as prescriptoin treatments over the years, but offer very limited success.  Typically they’d provide a few pounds of weight loss a month during use, but are actually very expensive and carry large side effects.  It’s not uncommon for a side effect of such a product to be something like: heart attacks or heart failure.  People need a proven method that isn’t going to make them ill, or harm their bodies.  Not only that, but it needs to be highly effective as well.  There are few such treatments out there, though some do exist.  Products like the HCG diet or Garcinia Cambogia do work, and do help, but there are other ways without using a particular product that can help too.

Many people are looking for a diet that not only works, but actually is safe to use.  A new diet called the Paleo diet is finding a lot of support with doctors and their patients as it’s been proven in multiple studies to work in producing weight loss in patients.  This diet aims to go back to the roots of where humans came from, and what we have historically eaten.  Processed sugars and foods are a new thing in the last 100 years, previously, only food that was available naturally was what was eaten.  Many of the diseases we have today can be traced back to the kinds of foods we eat, even things like cardiovascular diseases or diabetes.  The nutrients humans had in abundance in the past are now rare in our diets, and our bodies certainly need them to keep healthy.

What is the Paleo Diet and How Does it Work?

The Paleo diet is designed around going back to the original foods humans had access to in the past.   Paleo refers to the paleolithic era, the time when mankind mostly lived in cave dwellings.  Much of our metabolism and diet evolved during this period, eating things like fish, eggs, vegetables and fruits.  We had access mostly to lean forms of meat such as that from deer or wild animals like rabbits.  Our fats came from vegetables or eggs largely, and were more organic in that respect.  If a person switches back to this method actively, they’re able to not only lose weight, but they will live longer, develop lower risk of long term illness and also provide their body with the resources to keep their energy levels high.  The Paleo diet is actually relatively straightforward, and much of the food permitted is quite delicious. 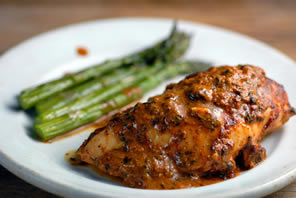 For many reasons, it’s not easy to switch to such a diet.  Your body, once it’s become used to these sugars and carbs, actually becomes dependent upon them.  Once you flush out a lot of that garbage from your system, you will find that you not only have more energy, but feel much better than you did before.  The foods allowed on the paleo diet are often anything that isn’t procesed.  Things like white flours or starches are prohibited, foods high in corn syrup based sugars are prohibited also.  However, the recipes you can have are delicious.  Foods with natural oils, vegetables, fruits, fish (salmon, cod, seafoods in general) are all permitted.  Eggs as well are allowed.  This diet is designed to emulate the foods human beings would have naturally had access to when they were hunter-gatherers in the past.

The Paleo diet has a lot of clinical research support for its effectiveness and can even be coupled with other methods such as HCG or garcinia to help you lose even more weight.  These are natural aids as well and will fit right in with the program.